A complete standalone.
A novel from the Chicago Syndicate world.

You don’t know me.
But that’s only because I don’t want you to.

I have the most lucrative job in the country as a hacker in the notorious underworld. I’ve built entire systems and destroyed evidence for career advancement while stealing and exploiting data for personal gain.
I’m the black hat hacker for the Chicago Syndicate and hold all the dirty secrets of the most powerful men in the U.S. in the palm of my hands, just a keystroke away from mass ruination.

However, no one knows my dirty secret, a decision from my past that’s just aching to blow up in my face and shatter my future. Especially when a certain wavy haired brunette begins to demand my attention with her odd ways and her carefree attitude.

She’s a woman who makes me go against everything I’ve ever believed.
A woman whom I’m forbidden from having my usual one-night stand with, even if she was available.
A woman whom I have to keep from getting herself killed, whether she likes it or not.

You don’t know me, but neither does she…yet.

I admit that this is not only my first book in the Chicago Syndicate Series but it is also my first read by Soraya Naomi. I’ve seen this series floating around for a while and I have no idea why I didn’t read one until now. All I can say is that I have been missing out.

The Chicago Syndicate is THE Mafia and while I love my mafia stories, I had no idea just how much I would love adding in a hot, powerful and dangerous hacker as a hero. Of course, I love the nerdy and geeky guys in other stories where they are funny or dorky but there is nothing funny or dorky about Henry. He exudes power and control and pretty much just makes you want to drop your panties. When he commands Mary, everything in me melted. Heart, control, ability to keep clothes on. Yeah, it all melted.

Maybe it’s because I’m new to the series but I didn’t expect Henry to be as powerful as he was in the mafia and how easily he fit in. Of course, this is a struggle because he has a past that could get him killed from the very family that he’s become an integral part of.

And let me just say, I really liked Mary. She’s got a big heart and she’s funny. She has no problem putting her Mafia brothers in their place. She forces Henry to face the relationship that they seem to be growing and doesn’t let him avoid it or try to hid from it.

I will admit that for a little bit, I was hoping for some more mafia action There was some in the beginning but then I felt like I needed more. It wasn’t until a little bit later, that I got what I was looking for. I love that my mind was all kinds of confused because we stereotype hackers so thinking about a hacker handling business the way Henry did turned my dirty mind into some really good times. 🙂

Overall, I enjoyed this book. We get brains, sex appeal, alpha tendencies, and a mafia family that loves with everything that they have. I’m happy I finally jumped into this series and I can’t wait to go back and read the others. 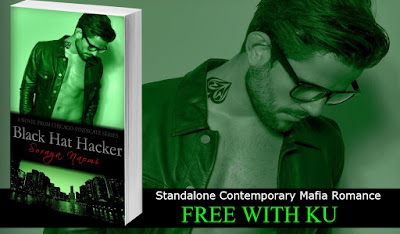 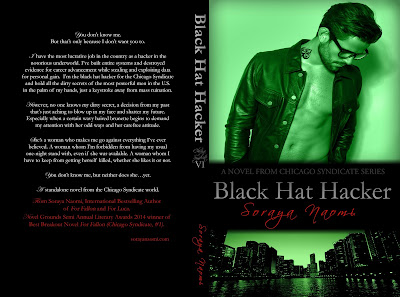 I read many genres but favor intense, seductive, and provocative novels where the male character loves fiercely, without remorse or boundaries. I also adore forbidden love tales and have an odd fascination with kidnapping romances. No, I don’t secretly want to be kidnapped, though!

I have a passionate obsession with the written word and indulge in chocolate pastries much too often.