It was a three-week fling. Nothing more than a couple of college kids having some fun, but then I did the stupid thing and fell for Jude Taylor quicker than he can score a goal on the ice. And after one beautiful night together, he left for the pros before I could make my first cup of coffee.

I thought I'd put him behind me. I thought I'd moved on. But then he hobbles into my physical therapy office and I realize how absolutely wrong I've been-there's no getting over Jude Taylor.

And now things are complicated. Jude lives half a country away, his career is in direct opposition for my need for stability, and most of all, getting involved with him could mean losing my job and everything I've worked so hard for.

Jude doesn't seem to mind one bit and he's all in. He might be a patient in my office, but he's no longer the patient guy I remember.

This time, he's playing to win, and the prize he's looking to score is me.

I adore Stacey Lynn and I read everything that she puts out. I’m always assured that I’m going to speed right through the book and get caught up with the story line. Playing to Win is no exception. I read it in one sitting.

Playing to Win is about a hockey star who gets injured and ends up doing physical therapy at the same place that his college love works. It’s a second chance romance that moves quickly to reunite Jude and Katie. Add the fact that it’s a hockey player and we are talking right up my alley.

One thing that I wish for was more angst. There was none. I’m not asking for high angst but I didn’t feel like there was anything and it was just like they saw each other and fell in love right away. Nothing really stood in the way except for a few minor things and they were so minor and so easily overcame that it was barely a blimp. I think many people who love sweet, no angst romances are going to gobble this up. I just needed a bit more. I’m excited to keep going with the series. As I stated before, I will always read anything and everything Lynn puts out. 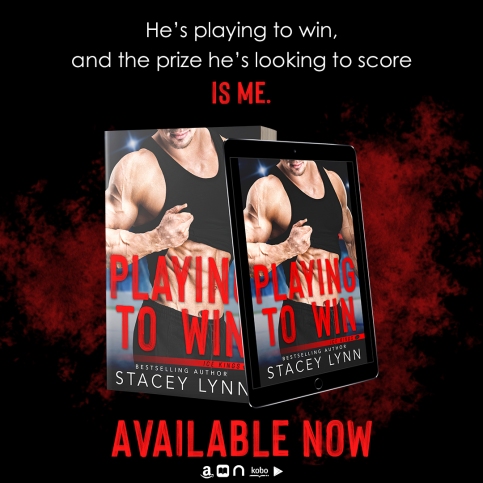 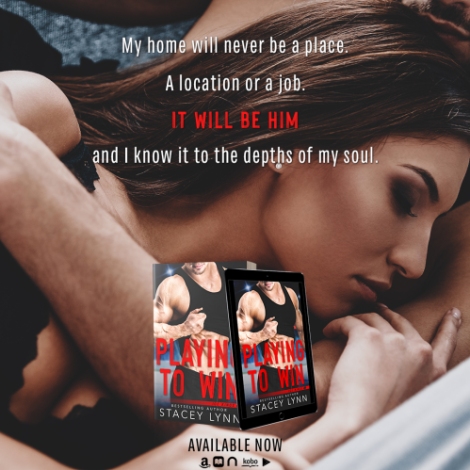