Title: Stolen Soulmate
Author: Mary Catherine Gebhard
Genre: New Adult Bully Romance
Release Date: February 27, 2020
Blurb
There’s a rule in Crowne Hall: never look a Crowne in the
eyes.
It protects us more than them.
I broke it once, the night Grayson Crowne mistook me for his
true love and stole my first kiss. I’ve regretted it every day since.
He hates me.
He torments me.
He won’t let me go, because that night he whispered a secret
against my lips not meant for me. Grayson Crowne, heir to the Crowne empire and
notorious playboy prince is… a virgin.
I signed a contract in my heart’s blood as much as ink: help
him get back his love, repair what I broke. Give him my body, my soul, my
heart, let him use all of me, so when the time comes to marry her, he won’t
need me.
I shouldn’t need him.
But he’s my stolen soulmate, and I’m at his mercy.
ADD TO GOODREADS

Excerpt
The ink was barely
dry on the pages. I don’t know if I was ready for this. Somehow I felt like I
was more of a virgin than Grayson. Nervous, skittish. He’d warned me when all of
this began that the things he’d seen and done would wreck me.
I should’ve believed
him then.
When I didn’t do
anything for a minute, he arched a brow.
Do whatever he
says.
I could use my safe
word, but a twisted part of me liked doing what he told me to
do. Liked the rush and the way his eyes hardened. It felt like power, power
over one of the most powerful people in the world.
I’d barely taken a
step to him, when he ripped me to him by the small of my waist. His other hand
tangled in my hair, yanking my head to the side.
“Fuck,” he said,
lips at my neck. “Which part do I eat first.”
Delicious tingles
spread along my skin at his words. His nose ran along my neck, goosebumps
following in his wake. His hands slid from hair, from my waist, along my body,
feeling every inch of me, like he couldn’t do it fast enough, before settling
back in my hair.
Deliriously, I found
the zipper of my dress, but his overtook mine. Stopping me.
“I’m going to ruin
your white dress, Snitch. Ruin you. Until you’re all fucked up from me.” 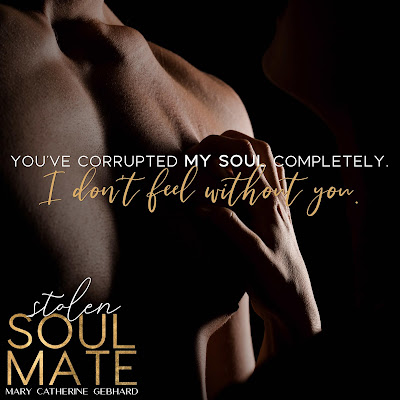